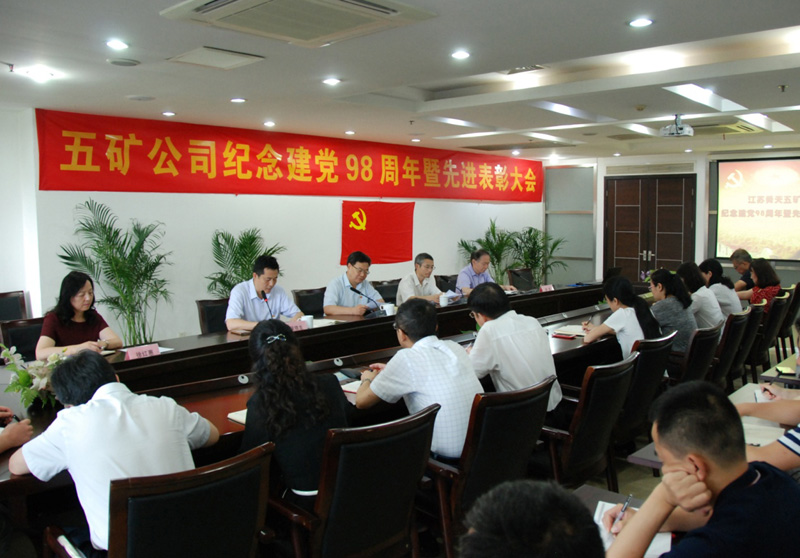 On the morning of July 1, the company held a commemoration of the 98th anniversary of the founding of the Party and an advanced recognition conference in the conference room on the sixth floor. Sainty Group Party Committee Theme Education Second Directing Group leader Wang Yongping attended the conference for directing.  The company's party secretary, Zhou An, gave all party members a party lesson entitled "Strengthening the initial consciousness, strengthening the spirit of responsibility, and working hard to promote the sustainable and high-quality development of the company," and led all participating party members to collectively relive the party oath and swear to the party flag. The Congress issued certificates to the advanced party branches and outstanding Communist Party members who received recognition, and held a licensing ceremony for party members who won the first phase of party members 'demonstration posts.