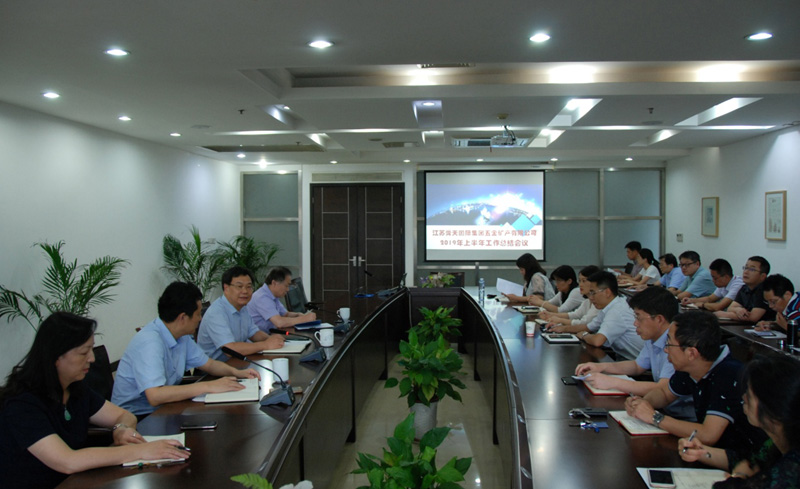 On the afternoon of July 19, the company held semi-annual work summary meeting to summarize and analyze the first half of the company's operations and clarify the working ideas for the second half of the year. The company's chairman, party secretary, and general manager Zhou An presided over the meeting, and the company's middle-level cadres participated in the meeting.

At the meeting, the heads of the business and management departments reported on the management status in the first half of the year, achievements, shortcomings, and plans for the second half of the work. The leaders in charge commented on the work reports of various sections and business departments.

Zhou An made a comprehensive summary of the company's work in the first half of the year. He pointed out that in the first half of the year, the business quality continued to maintain a stable and positive situation. The historical burden was resolved with increased strength. The company's internal control system continued to improve, and the party building and corporate culture construction were bright spots.

For the second half of the company's work, Zhou An put forward the following requirements: First, must adhere to the established annual goals; Second, must not waver in our development consciousness; Third, must adhere to the general tone of steady progress; Fourth, must adhere to the organic combination of Party building and management; Fifth, need to press ahead with the solution of the historical legacy and work hard to achieve the goals and tasks of the whole year.