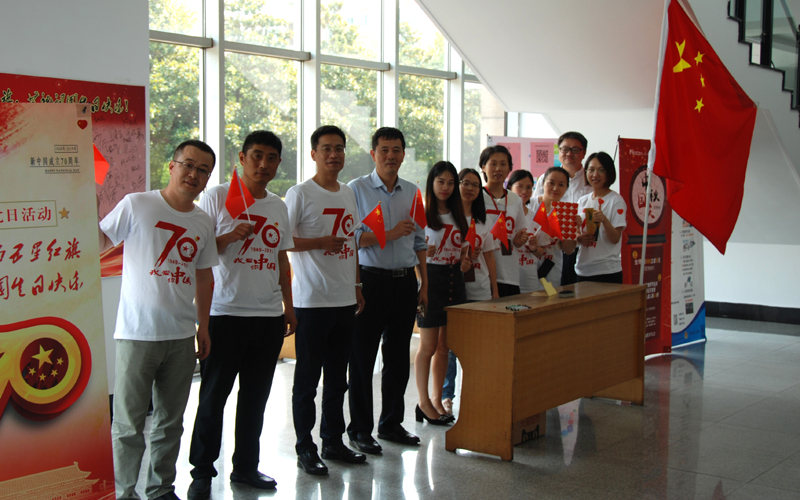 On September 29th, on the occasion of the 70th anniversary of the founding of New China, the Third Party Branch held a theme party day activity on the first floor of Block G of Sainty Park of "sending you a national flag to celebrate the birthday of the motherland", presented a five-star red flag to the park staff, to celebrate the 70th anniversary of the establishment of the Republic.

The activity was affirmed by the leaders of the Sainty Group. The group leaders Chen Delin, Wang Yaming, Zhou An, and Wei Qingwen attended the activity and waved the five-star red flag with everyone and signed a message on the message board of the theme activity. In less than half an hour, the third party branch prepared more than 500pcs size 8# hand shake flags, heart-shaped flag patterns, and exquisite Chinese knots, all were taken away by park staff. The activities further inspired the patriotic enthusiasm of the park colleagues and achieved a complete success..